Before we jump to conclusions and say that cultural genocide is not real and does not deserve to be known as a form of genocide, we need to first answer the following questions:

In order to understand an idea or a concept, we first have to break it down. This process of breaking down a question into more manageable ideals is something I typically establish before jumping to conclusions. That’s the goal. A full circle understand of cultural genocide and how it compares and contrasts against genocide. Answering the questions above is the highway to this end goal. Who are we to say that cultural genocide is not as valid as genocide, when we are not fully aware of what culture is?

Understanding cultural genocide is not just a task we should all complete in order to have a valid opinion on the topic genocide vs cultural genocide. It’s something that I know I am personally interested in, based on prior interests. Culture is a concept which I have never been able to pin-point a definition on. Even if someone to ask me of my culture, I would never be quite sure what to say. Being Caucasian, culture or cultural, are terms I have never associated myself with. For this reason, I have always wanted to look into what culture is, and what my life would be like if my culture was taken away from me. Even if I am currently unaware of my own culture, or what that even means to me. I have always been interested in why people have the opinions that they do, and I can conclude that people develop opinions based on knowledge. From my current level of knowledge, I can honestly say that cultural genocide is not as severe as genocide. This is due to a lack of understanding of culture, and of what culture means to me. 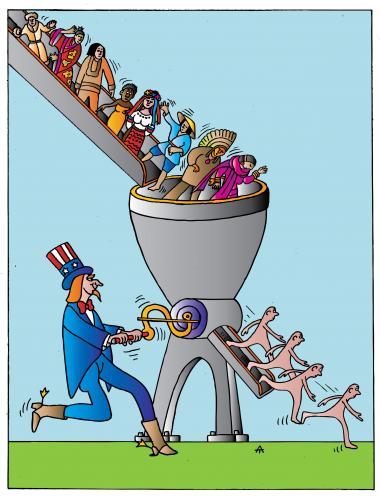 What is culture? I found that I am not the only one to struggles to come to a solid conclusion on what culture exactly is. The Introduction to Socialogy- First Canadian Edition textbook defines culture as “a culture represents the beliefs, practices and artifacts of a group, while society represents the social structures and organization of the people who share those beliefs and practices.” (1) This meaning that we typically refer to society and culture as the same thing, however they are slightly different. This blurring of definitions causes confusion, but society is defined as “A society describes a group of people who share a common territory and a culture. By “territory,” sociologists refer to a definable region.” (1) While culture and society may not exist without each other, we cannot confuse their meanings.

“a culture represents the beliefs, practices and artifacts of a group” -What does that mean? Culture, from an understanding developed from examples in the Introduction to Socialogy textbook, is everything that you are. The way in which you have learnt to present yourself, your family traditions, what you believe to be right and wrong, etc. There is no possible was in which someone can have no culture. If you celebrate certain holidays, wear a certain clothing and follow behaviours in which you see in your parents- you are a very cultured person.

“But it’s possible to imagine a world in which our collective attitudes and institutions further everyone’s individual growth. Maybe, in such a world, the meaning of ‘culture’ would be more obvious; we wouldn’t have to look it up.”  —Joshua Rothman, The New Yorker

If culture is who you are, there is no possible way that cultural genocide can be less murder than the genocide which we all know of. If someone were to punish me for speaking English, take me from my family, eliminate my holidays and family transitions, banish my form of music, etc. What would my purpose of living be? To not be able to give my children everything which made me who I was- to not be able to be who I was? Killing someone and making someone wish they were dead are on equal ground. Why is physician assisted suicide an option? Why do people “put down” dogs? Sometimes suffering is not worth staying alive. Both genocide and cultural genocide are murder in my eyes. One may be physical and the other may be spiritual, but both horrible acts are done done to harmless people because of ethnocentrism and power (2).

Similarites between Genocide and Cultural Genocide:

Differences between Genocide and Cultural Genocide:

In conclusion, my opinion changed greatly and understand grew in terms of the genocide vs. cultural genocide argument. Which is more moral correct? Neither. Which is more valid? Neither. Once I was able to understand the different aspects of the question, and able to relate to the idea and concept of culture, I was able to fully compare and contrast genocide and cultural genocide.

While genocide may be physically murdering someone and taking the life and potential from someone, cultural genocide is simply killing someone in a different way. Torturing someone, robbing them of who they are and who they love, and leaving them as a shell of a human. Besides, the debate of which form of genocide if worse does nothing but justify the actions of Canada, which is not something we should be doing. We are comparing a broken leg and a severe concussion. Just because one can not be physically seen, doesn’t mean that it is okay that you gave someone a severe concussion. We  abbot cover this up as “At least we didn’t murder them.” Because in that case, at least the Nazi’s didn’t kill 12 million people instead of 6! Phew!

Cultural genocide is a valid title, and by definition makes sense. Cultural genocide IS genocide. Arguing this fact is not possible when sufficient knowledge and understanding is present. Arguing this fact is also- extremely pointless and counterproductive. Rather than trying to find the bright side, we need to put ourselves into the shoes of others and accept that cultural GENOCIDE occurred and it was the farthest thing from okay. We can use this opportunity to not only heal, but to learn about our own cultures, in order to be grateful and in order relate to those who have been misunderstood and silenced for far too long.